I’m not a huge fan of breadboarding. For many, it’s been the tried and true way to quickly hack a circuit together, but somehow it rubs me the wrong way: it’s too impermanent, I’m terrible at arranging the components just right. I always run out of just the wires that I need. And I’ve experienced bad contacts a number of times.

So when I’m too impatient to have a PCB made, I like to solder a prototype board together instead. 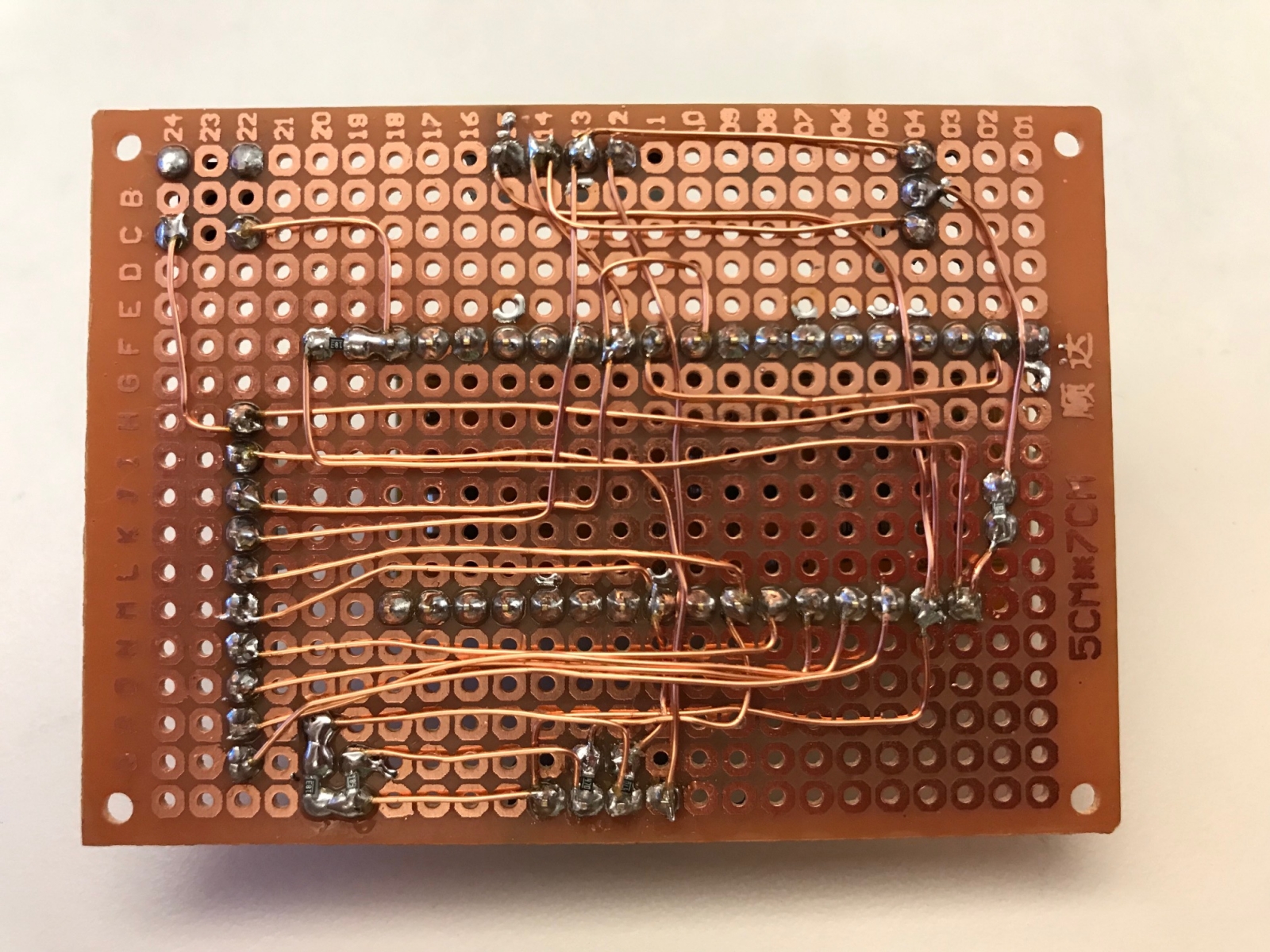 In the past, I’d use regular wires with plastic isolation, but those can be a pain to strip, even with a semi-decent stripping tool.

Recently, I switched to enamel magnet wire, and it has been a pleasure.

This blog post simply describes and shows the process that I use to solder magnet wire. For completeness, I also give an overview of my soldering setup.

When it comes to soldering, I still consider myself a beginner. I’m probably doing a lot of things wrong, and improvements are most definitely possible! So feel free to reach out on Twitter if you have any comments!

For me, soldering magnet wire is a 6-step process:

In the video below, I solder 2 wires this way. With a camera placed between my and the action, and without the use of the magnifier lamp that makes me see what I’m doing, things are a bit less neat than usual, but I hope it gets the point across.

SMD instead of Through-Hole Resistors

A bit off-topic, but for prototypes, I’ve moved away completely from through-hole resistors and I’m now using 0603 SMD resistors instead: they are tiny enough fit between soldering pads with 2.54 mm spacing, yet they’re still relatively easy to handle (with a magnifying lamp, in my case.) 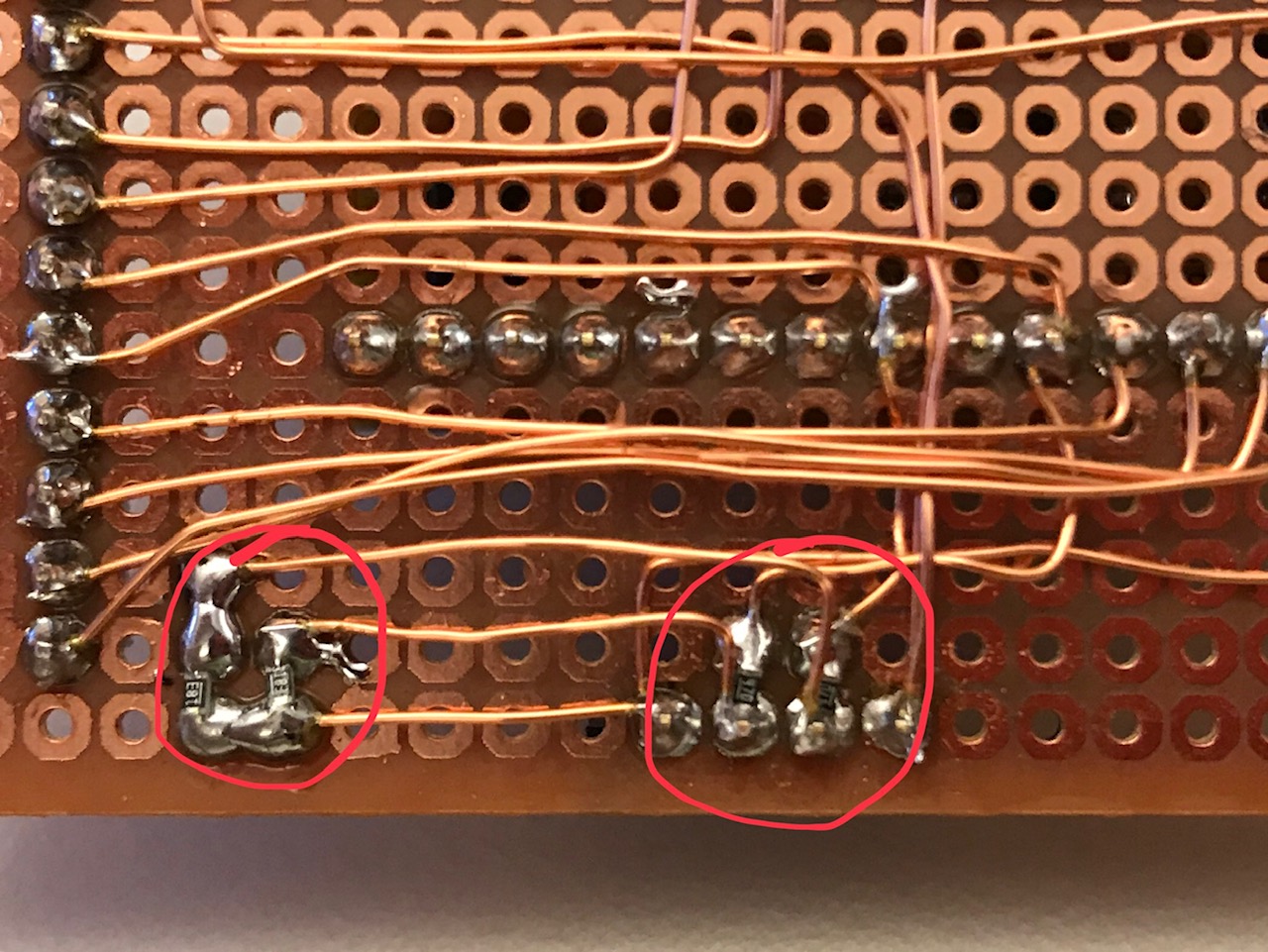 My soldering desk is just a bench in my garage, though remodelling works are ongoing to create a bone fide hobby room. Whether or not my soldering tools will migrate to that new room is a matter of ongoing debate. :-) 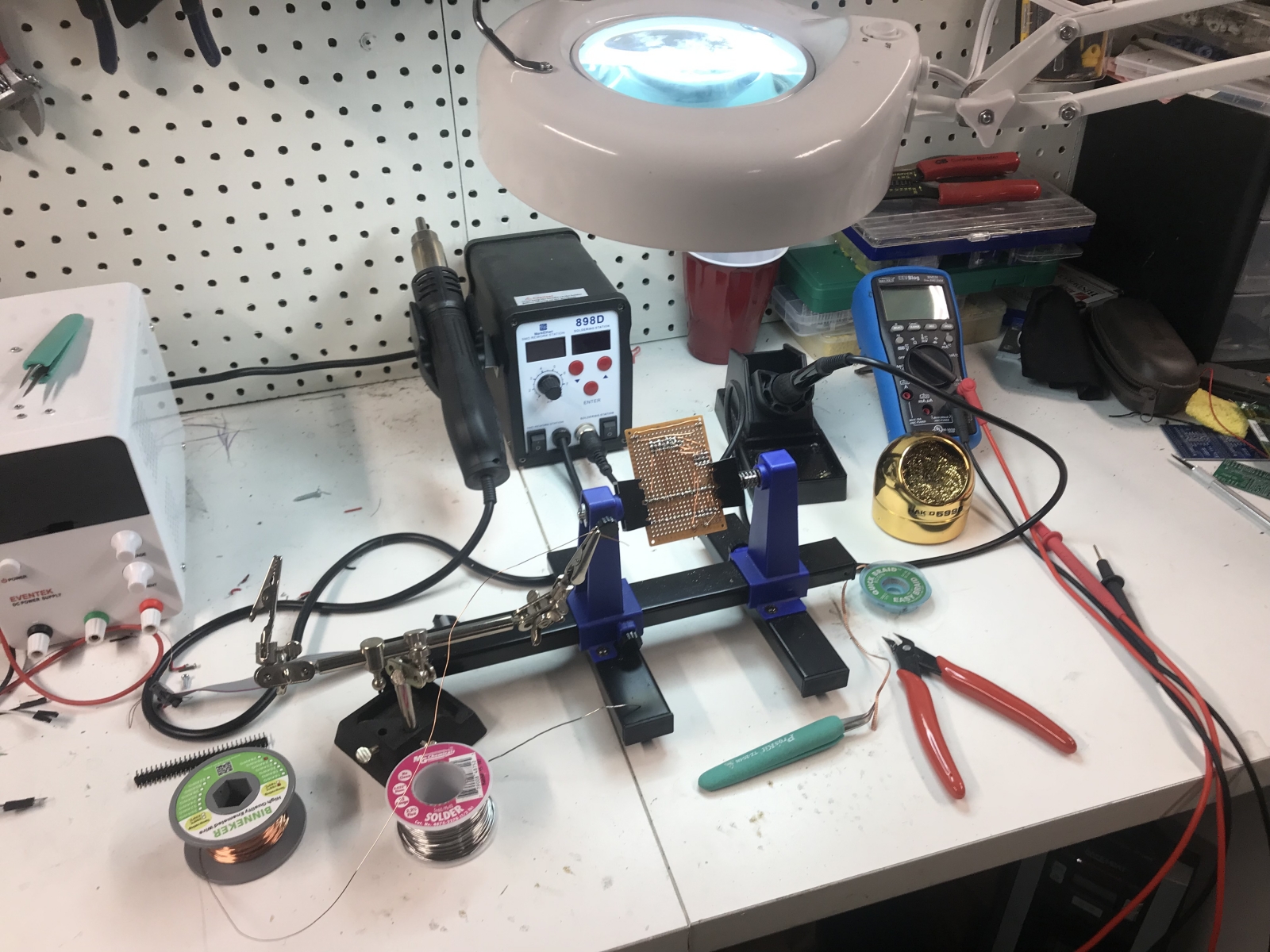 Here are all the tools:

Not on the list is my stereo-microscope (which I review here). It can be a life saver for precision work (e.g. when soldering wires onto a 0.5mm TQFP pins), it’s not something I use when building prototypes.